Free Domestic Shipping On Orders Over $90

Free Domestic Shipping On Orders Over $90

Your cart is empty Our Tao inspired mat was originally designed as a cork yoga mat as a gift for the 100th birthday of Tao Porchon-Lynch. Safe to say it was fully tried and tested as she taught yoga from it every Sunday in New York until 101 years old! The design is a tribute to her life, one full of adventure, passion and living every day to the absolute fullest. I was lucky and blessed enough to practice with her a few times in New York and some of what I learned from her classes, I pass on to my own students. The Tao inspired mat is the most sentimental of all our designs and the story behind the design is not nearly as entertaining as the story of finally getting the mat into her hands in person. Here is the story behind our Tao inspired yoga mat ...
I remember like it was yesterday. I had decided to attend my first yoga festival as a vendor, the Nantucket Yoga Festival, and I really wasn't sure what to expect. As I looked over the lineup of teachers and attendees, there was one person who shined brightest of them all, Tao. She was not only teaching, but celebrating her 100th birthday that week. I decided to read up about her and couldn't believe that such an amazing person actually existed. She had marched with Mahatma Gandhi, participated in demonstrations with Martin Luther King and was a pioneer as one of the first women to practice yoga. In addition, she holds the record as the oldest yoga instructor, teaching until she was 101 years old, and was a competitive dancer with a passion for tango. Add to this that she was an activist, film producer, couture model, publisher, a fan of high heels and even voted "Best Legs in Europe". I knew right away I wanted to have a custom mat that captured and celebrated all of this.

I called up an old military friend and told him what I was envisioning. We worked countless hours on it until finally, I had a mat that I believe embodied Tao. I had the design first done on cork so that it would provide cushion for her, as I had read that her favorite pose was shoulder stand. I was honestly just so excited to get it in her hands, but as fate would have it she didn't attend the festival. She unfortunately had to have hip surgery and so we missed the chance to connect. Still determined to get the mat to her, I began reaching out to contacts on social media until finally I was given an address in NY. I snapped a few photos before packing up the mat and sending it on its way accompanied with a heartfelt letter.

Fast forward about 7 months and I had not heard anything and I was honestly feeling a little dispirited. I kept wondering why I hadn't even had a thank you at least. Did she not like the mat? I reached out again to her contact that gave me the address, but she never responded. I lost touch with everyone and I was really quite hurt. I told myself she was just too famous and it was likely she didn't even open the box I sent. That's when I got an email... 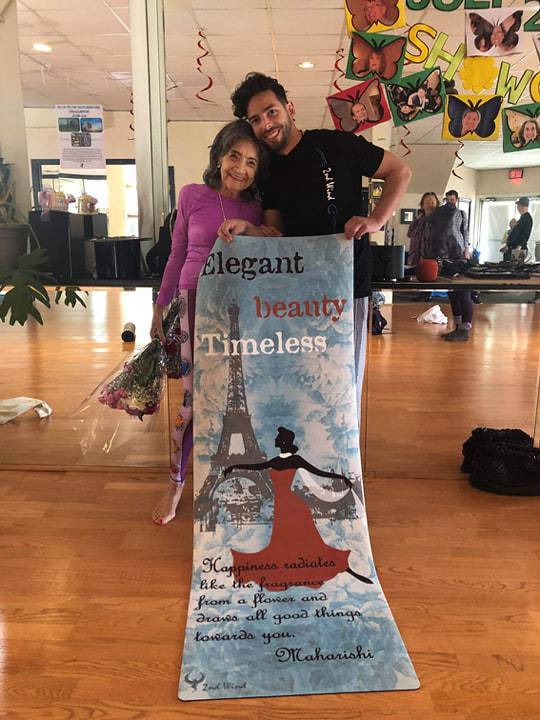 The email was a photo of the mat on a wooden floor with someone inquiring as to where they could get one. I responded straight away saying, "I don't know who you are or how you got this photo as I only made one mat like this, and it was for Tao Porchon-Lynch. I'm quite concerned with how you got the photo of it, especially when I took that photo in my house." The reply came quickly thereafter, "This is Tao's mat. I took the photo of it in the studio in NY where she teaches from it every Sunday." Along with the email was a link to a video where she was practicing on it and there she was in shoulder stand, I couldn't help but smile. It was far better than any thank you, knowing she had been using it as her personal mat.
As soon as I found out that she was only a 3.5 hour drive away, I headed on down to take classes with her. I expected them to be easy as she was 100 at the time, but I was so very wrong. To her credit, she got me into more poses than anyone else ever has. She was always adjusting my ever so tight shoulders and smiling as I was internally just screaming, "oh my god I don't bend that way". She also had a beautiful habit of repeating a pose or sequence multiple times if she saw a student transitioning or flowing in a graceful and elegant manner. It was the most genuine thing I have ever witnessed. One time she stopped the entire class so we could watch another student flow, it was such a heart warming and memorable moment.
We would chat, she would play her tango music as we flowed and she always had the best coats. She would always tell me how she wanted to help me with my business and pay me something for the mats, but money wasn't as valuable as the person, the learning and the moments. She would always say "breathe in the eternal, today is going to be the best day ever". Before she passed, I told her I would commemorate her by having her mat designed with a donation going to support animals. However, there was of course the legal stuff that needed to be taken care of and after she passed, I felt like it was a dishonor to her memory to release the mat. I had quietly held the design back but now, I feel happy and proud to share her story and hope that it inspires all of us to live as she did, with each day better than the last well into our later years.
To anyone who had the pleasure of knowing Tao, practicing with her or being in the same room as her, there is no denying that there was something so magic and life changing. Her eyes were always dancing. They were the eyes of a young woman and that is who she was, despite her age. Our Tao inspired mat is now made as a towel-infused mat as hers will always be the only one that was made in cork.
Click To Shop 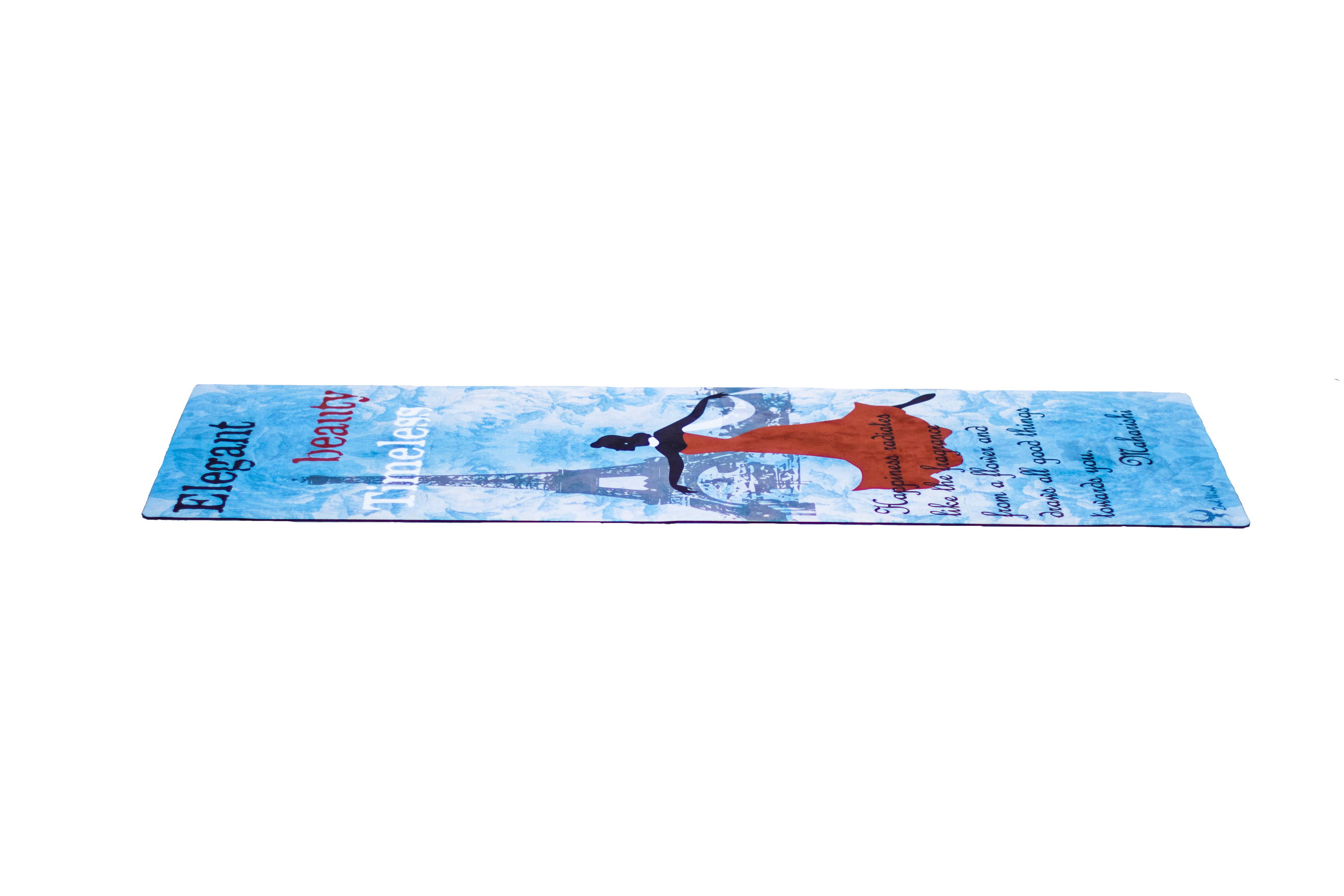 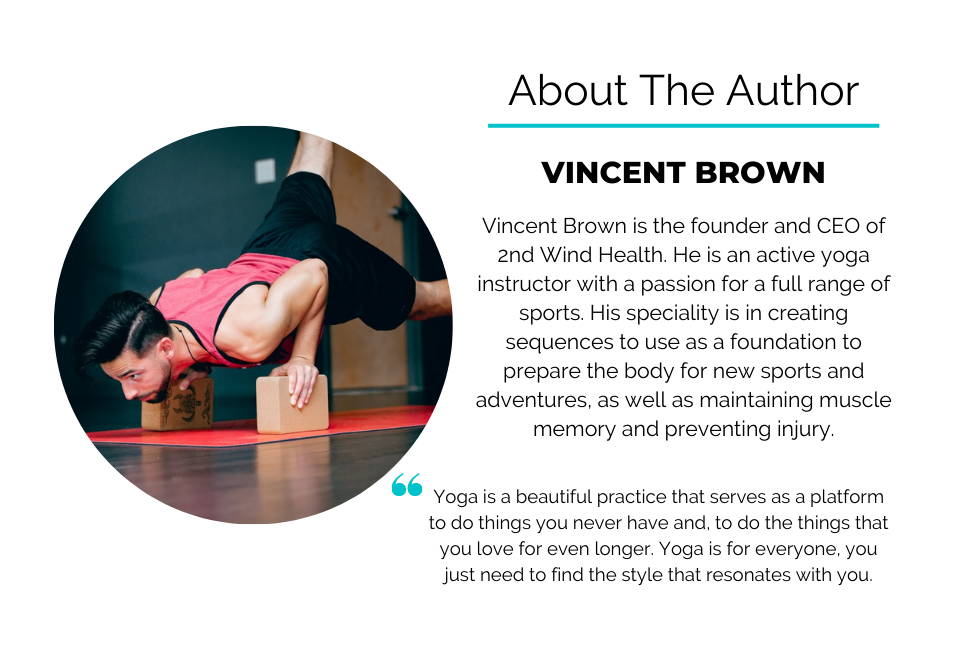